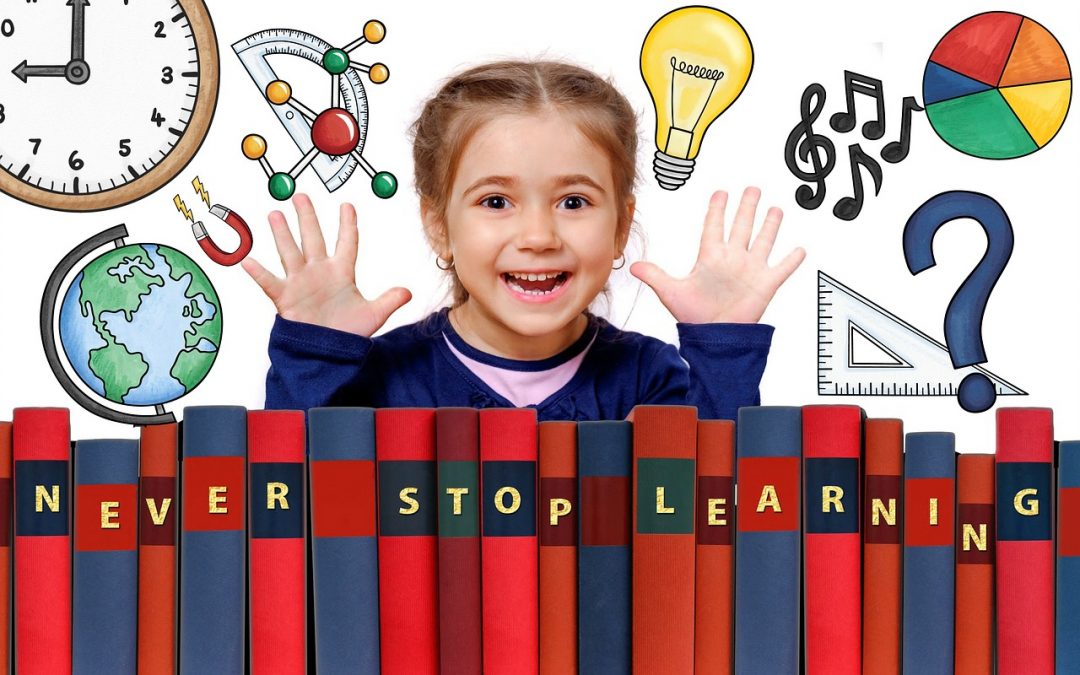 Dutch public education is of a very high standard, and only a very small proportion of pupils attend private schools. There are three types of education: public, private and special education. The difference is that public schools receive government funding, while private schools do not. Both types of school are supervised by the schools inspection service, which monitors the quality of education. In the Netherlands, children aged between 5 and 18 have to go to school, according to the Compulsory Education Act. This means that parents are obliged by law to enrol their children at school.

Pre-school prepares children for primary school so that they get a good start. Pre-school is a playschool (peuterspeelzaal) or day care centre (kinderdagverblijf) where children between 2.5 and 4 years old learn through play. A great deal of focus and time is devoted to language games, reading, drawing, listening, singing and movement.

Preschools cooperate with a primary school, and their programme and approach is geared to the curriculum and way of working in year groups 1 and 2 at the primary school. Preschool is not compulsory.

Groups 1 and 2 are sometimes referred to as infant or kindergarten classes (kleuterklassen). From group 3, the children learn reading, writing and arithmetic. Pupils in group 8 take a compulsory final test, for example the Cito test, which is held in April. Enrolment at secondary school then takes place in March.

There is a total of 67 secondary schools in Amsterdam. Depending on the type of education, pupils attend secondary school (middelbare school) for either four, five or six years.

During the first two years (for vmbo) or three years (for havo and vwo), pupils follow a basic curriculum (basisvorming). They then go on to choose either a vocational sector or a subject cluster (profiel) which leads on to specialised vocational training or higher education after secondary school.

There are four main types of secondary education:

Practical education (praktijkonderwijs) is for pupils who have the ability to learn a trade but for whom vmbo (see graph) would be too difficult, even with extra help. The curriculum includes theory at an appropriate level, plus the development of individual personality and social skills.

Practical education concentrates on preparing the pupil to participate in the regional labour market, and on achieving the key aims of the basic curriculum as far as possible. To be eligible for practical education, pupils require an admission certificate (toelaatbaarheidsverklaring, tlv).

Vmbo (preparatory secondary vocational education) lasts four years and is for pupils aged 12 to 16 years. It is divided into four streams, of which the theoretical track vmbo-t (previously known as mavo) is the highest level. After the final exams, the pupils can move on to do havo or mbo (see graph).

Havo (senior general secondary education) lasts five years and is for pupils aged 12 to 17 years. Pupils can move on from havo to do hbo or mbo.

Vwo (university preparatory education) lasts six years and is for pupils aged 12 to 18 years. Pupils can move on from vwo to do hbo (see graph) or go to university. Schools with vwo offer different streams, such as atheneum, which may include bilingual education; gymnasium, in which pupils study the two classical languages, Latin and ancient Greek; or ‘technasium’, with an extra focus on science and engineering.

Does your child have the ability to do vmbo-t, havo or vwo, but at the end of primary school his or her command of Dutch is still not quite good enough?

In that case, the right place for your child might be a bridging year between primary and secondary school known as a kopklas (literally ‘head class’).

The kopklas is located in the building of a secondary school, but administratively the child remains in primary education. Children stay in the kopklas for one year. The pupils work on themes in all subjects, but the emphasis lies on improving their knowledge of Dutch.

Their arithmetic has to be at an adequate level from the start, and they will maintain it throughout the year. The effect of the bridging year is to raise their recommended level, so they are able to move on to the type of secondary education that matches their ability.

The pupils follow the secondary school timetable, and are able to use the multimedia centre and take physical education lessons. Pupils are enrolled in the kopklas bridging year via their primary school. They take an admission test to see if it is appropriate for them.

For children between 6 and 12 who have been in the Netherlands for less than a year and speak no Dutch, there is special education for newcomers. Pupils in the newcomers’ class focus on learning Dutch with the aim of continuing in regular education after one year. Children aged 12 years and above join an international bridging class. If a school has room to take on new pupils, your child will always be allocated a place.

For children between 0 and 4 years, there are preschools in the form of playgroups and day-care. As soon as your child is 4, he or she can start primary school.

Is your child between the ages of 4 and 6?

Enrol your child at a primary school of your choice in your neighbourhood. Children aged between 4 and 6 years will join a regular infant class, where they will gradually learn Dutch alongside the other children.

Criteria for admission to a newcomers’ class

Parents of a child eligible for a newcomers’ class are still free to choose at which school they would like to enrol their child – it doesn’t have to be a school that already offers a newcomers class. The school will then contact the Central Reporting Point for Newcomers. Nearly all newcomers’ classes are part of a regular primary school.

Is your child aged 12 years or above?

From the age of twelve, children are placed in an international bridging class (internationale schakelklas, ISK). After enrolment, the child will first be tested by the school so he or she can be taught at an appropriate level. The bridging period varies between one and three years. In the first year, the pupils have lessons in Dutch as a second language for 18 hours a week. They also study the subjects English, arithmetic, mathematics, sports, world studies, talent development and art education.

Pupils can be enrolled at any time of the year. You can contact the school to make an appointment. The pupil must also be present when you enrol them.

Mbo courses are vocationally oriented. Many pupils who have successfully completed vmbo at secondary school go on to do mbo. An mbo course lasts between one and four years, depending on the level: there are mbo2, mbo3 and mbo4 courses. Pupils can then enter the job market; those to have graduated from an mbo4 course can also go on to study at hbo level (see graph).

An mbo, havo or vwo diploma qualifies students for admission to hbo. Oriented towards professions in specific areas, hbo consists of a four-year bachelor’s degree. There is a limited number of hbo master’s degrees that an hbo bachelor can be followed with. Students with an hbo bachelor’s degree can also go on to study for a wo master’s degree (see graph); however, for this they usually need to first follow a so-called pre-master’s course, which normally takes a year.

A vwo diploma qualifies students for admission to university (wo). In the Netherlands this is research-oriented higher education with an emphasis on research. It consists of a bachelor’s degree (duration: three years) and a master’s degree (duration: one or two years, dependent on the course). Dutch universities offer a large amount of English-language programmes, particularly at master’s level.